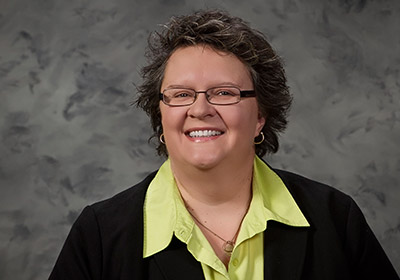 Dr. Barbara H. Long is one of two recipients of the 2016 Bob and Lynn Caruthers Service Award, which recognizes her service to professional and specialized accreditation.

Dr. Barbara H. Long, an Associate Professor of Health and Human Sciences and Division Head of the Division of Professional Studies at Bridgewater College, is one of two recipients of the 2016 Bob and Lynn Caruthers Service Award, which is presented annually by the Commission on Accreditation of Athletic Training Education (CAATE).

The national award is presented to those who demonstrate the character and performance traits the Carutherses displayed in their careers, which includes significant and distinguished service to professional and specialized accreditation, and excellence when working directly with constituent institutions.

Additional emphasis is placed on the delivery of accreditation programs and the institutions that house them. CAATE presents this award annually at the National Athletic Trainers’ Association convention.

Dr. Long, who graduated from Bridgewater College in 1988 with a degree in biology, earned her master’s degree in Sports Medicine and Fitness Management from the United States Sports Academy and her Ed.D. in Organizational Leadership from Shenandoah University. She was certified by the Board of Certification as an athletic trainer in 1989 and licensed by the Virginia Board of Medicine as an athletic trainer in 2002.

Dr. Long’s service to CAATE began following a site visit at Bridgewater that inspired her to improve upon and contribute to the quality assurance process of accreditation. She has served as a site visitor since 2007 and has fulfilled a variety of roles since 2012. In 2011 she also assisted in developing the substantive change of degree process with the Substantive Change Ad-Hoc Task Force.

Dr. Long became a member of the Review Committee in 2010, fulfilling the role of a Review Team Coordinator from 2011-2013, and was named as the review committee chair in 2013.

“Barbara’s extensive work and dedication to the work of the CAATE over the past nine years is commendable,” said Dr. Paula Maxwell, Associate Dean of the College of Health and Behavioral Studies at James Madison University, in her nomination letter for Dr. Long. “Not many people would be able to keep pace with the amount and quality of work Barbara has completed during this time.”

“During her five years as Review Committee Chairperson, she has been available to review committee coordinators for discussion and interpretation of CAATE standards,” Dr. Gregory continued. “She has reviewed every site visit report during these five years – a remarkable dedication to the CAATE accreditation process.”