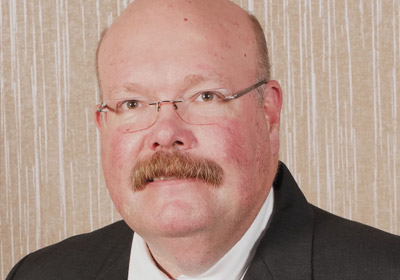 The topic of his address will be “What Makes You ‘Be Alive.’”

Approximately 400 seniors and six master’s of science in athletic training students are expected to receive degrees at the commencement exercises, which will take place on the campus mall. The College established its master’s of science in athletic training graduate program in 2017. This year marks the first MSAT cohort to graduate from Bridgewater College.

Rob Stolzman, attorney at Adler Pollock & Sheehan P.C. and vice chair of Bridgewater College’s Board of Trustees, will deliver the message at the baccalaureate service at 6 p.m. Friday, May 3, on the campus mall. His topic is: “Tattoos Not Necessary: Imprint the Seal of Bridgewater College Upon Your Heart.”

R. Mark Laursen, clinical associate professor in Boston University’s Sargent College of Health and Rehabilitation Services and director of athletic training services, has followed the call to serve and help people since he was young. While in high school, Laursen volunteered with the athletic training staff at Warren Wilson College, where his father coached the men’s basketball team. That early exposure to a profession focused on helping others solidified Laursen’s career path.

After graduating from Appalachian State University in 1983 with a bachelor’s degree in health education and a minor in athletic training, Laursen went on to receive his master of science from Canisius College in 1986. Laursen has spent the majority of his career teaching and performing athletic training at colleges and universities, including his current roles at Boston University. Laursen enjoys the opportunity to teach, treat patients and oversee a great group of clinicians. He also serves as one of 19 faculty members in residence who live in the dormitories on campus.

Laursen has spoken extensively about athletic training practices for the last 30 years at national seminars and conferences. Two of his recent key topics are patient-centered care and independent medical care. “We don’t do medicine to patients anymore, we collaborate with patients to help them reach their goals,” he said.

In terms of professional service, Laursen has served on numerous boards and committees dedicated to athletic training, including serving as President of the Commission on Accreditation of Athletic Training Education from 2013-2015. He has also aided high-performing athletes as the Athletic Trainer for the NCAA Men’s Ice Hockey Tournament, the U.S. Figure Skating Challenge Pre-Olympic Trials Competition and the NCAA Division I Wrestling Tournament, among other competitions.

Laursen holds two awards in the highest esteem because of the people for whom they are named: the Tim Kerin Award for Excellence given by the National Athletic Trainers Association and the Pete Koehneke Award for Leadership given by the Commission on Accreditation of Athletic Training Education. Laursen received both awards in 2017. The late Kerin was a model of service to others, Laursen said, as he supported members of his Knoxville, Tenn., community who were addicted to drugs. Koehneke was one of Laursen’s mentors in graduate school at Canisius College. He taught Laursen that listening is one of the biggest components to being a good athletic trainer and that the goal is to do the best you can each day. Both humanitarian-centered awards get to the heart of Laursen’s dedication to a profession that is steeped in interpersonal relationships and connections.

“The service is what sustains me,” Laursen said. “I think it is a way to serve my fellow man, to make a difference, to influence and to help people grow.”