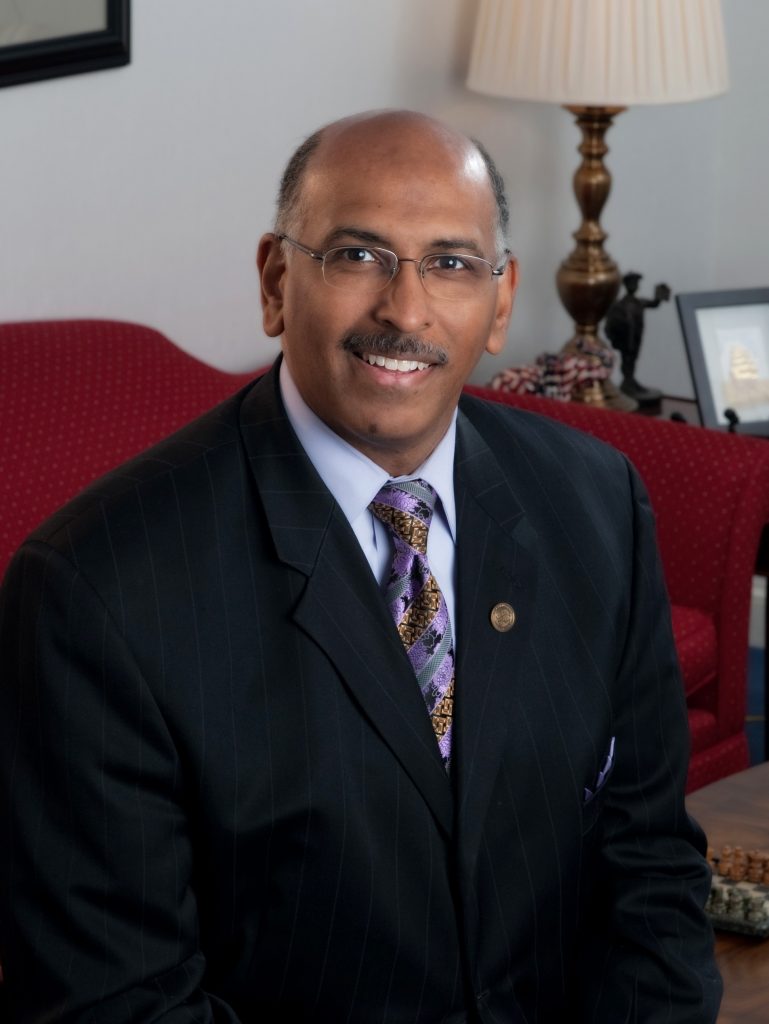 Michael Steele, former Chair of the Republican National Committee, will present a virtual lecture on “The Political Scene According to Steele” at 7:30 p.m. Tuesday, Sept. 15. The Zoom lecture is free and open to the public.

Steele is a political analyst for MSNBC, and he has appeared on “Meet the Press,” “Face the Nation,” HBO’s “Real Time with Bill Maher” and Comedy Central’s “The Daily Show.” He co-hosted the daily radio program “Steele & Ungar” on the POTUS Channel on Sirius XM and serves as host of The Michael Steele Podcast.

His writings on law, business and politics have appeared in The Wall Street Journal, TheHill.com, TheGrio.com, Politico.com, the Root.com, BET.com, Townhall.com, The Journal of International Security Affairs and Catholic University Law Review, among others. He is the author of Right Now: A 12-Step Program for Defeating the Obama Agenda and co-author of The Recovering Politician’s 12-Step Program to Survive Crisis.

This endowed lecture is sponsored by the Anna B. Mow Symposium. To register for the event, please use the following link: https://wwwdev-cloud.bridgewater.edu/michaelsteele