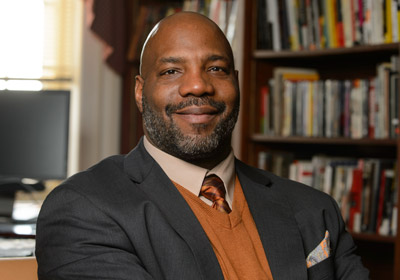 Jelani Cobb, winner of the 2015 Hillman Prize for Opinion and Analysis Journalism for his New Yorker columns, will present an endowed lecture at 7:30 p.m. Monday, Jan. 20, in Cole Hall. The lecture is part of Bridgewater College’s Martin Luther King Jr. Day observance.

Cobb, who writes about the enormous complexity of race in America, will speak on “The Half-Life of Freedom: Race and Justice in America Today.”

A longtime staff writer at The New Yorker, Cobb has written articles about race, the police and injustice, including “The Anger in Ferguson,” “Murders in Charleston” and “What We Talk About When We Talk About Reparations.”

He is the author of Substance of Hope: Barack Obama and the Paradox of Progress, To the Break of Dawn: A Freestyle on the Hip Hop Aesthetic and The Devil & Dave Chappelle and Other Essays. His forthcoming book is Antidote to Revolution: African American Anticommunism and the Struggle for Civil Rights, 1931-1954.

Cobb is the recipient of the Walter Bernstein Award from the Writers Guild of America for his investigative series Policing the Police, which aired on PBS’s Frontline.

Cobb was formerly associate professor of history at the University of Connecticut, where he served as director of the Africana Studies Institute. He has received fellowships from the Fulbright and Ford foundations.

This endowed lecture is sponsored by the W. Harold Row Symposium and is free and open to the public.