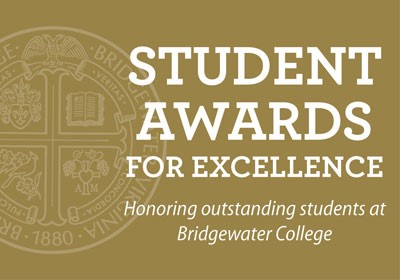 Bridgewater College’s Allison N. Henry was recognized for excellence by the department of sociology during the college awards ceremony.

Bridgewater College senior Allison N. Henry was recognized for excellence by the department of sociology during the college awards ceremony.

Henry received the C. Wright Mills Award, which is presented to a student who practices “public sociology” and models the daily use of sociological imagination beyond the classroom.

Henry, a sociology major with minors in social work and crime and justice, is the daughter of Hugh and Stephanie Henry of Front Royal, Va.

At Bridgewater, Henry has been an academic coach, a sociology tutor and a research assistant, as well as a general assistant for the department of sociology.

For the past two years, Henry has volunteered with refugee families and worked part-time assisting elderly women in the Harrisonburg, Va., community.

Henry completed a 240-hour internship at Blue Ridge Court Services, where she studied pretrial, probation and alternative sentencing. During the 2019 spring semester, she is doing an internship with the Valley Community Services Board of Staunton, Va.

Henry graduated on May 4 and joined the Valley Community Services Board as an adult mental health case manager.